Scytale, the ‘office in a box’, was lauched at GRC offices in Hereford on the 18th of April 2013. The event was well attended by a diverse range of interested customers from a wide variety of industries, including the Armed Forces, Security and Broadcasting sectors.

Practical displays of the Scytale capability demonstrated that the easy to use, “plug and play’ solution could be set up in the back of a vehicle and establish communications in less than 10 minutes. Adding an additional dimension to the capability and utilising another of GRC’s products, the ICRI (Incident Commander’s Radio Interface), a selection of radios were seamlessly connected to the Scytale box allowing mobile phones to link with military radios on a single network.

The ops room showed Scytale working across a satellite broadband link, demonstrating how it could be used in an emergency situation. Multiple phone lines, internet connection and mobile phone signals were ready to use and would have been instantly operational in the event of a natural disaster or national emergency.

The Scytale launch was a huge success for GRC. The entire process from the spark of an idea, to design, manufacture and launch took little over six months to complete. I think this really proves GRC’s credentials as an innovative, flexible and rapid moving company. – Gemma Greenman – Marketing Executive for GRC

The office in a box provides the user with Internet, VoIP (Voice over Internet Protocol) Satellite and GSM mobile phone coverage on a global scale. Uses for Scytale are limitless; the solution has many uses and capabilities, and would be ideal in a range of scenarios from initial oil exploration in remote areas of the world, to providing internet access at UK music festivals. 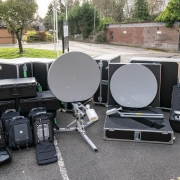 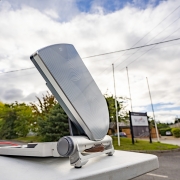 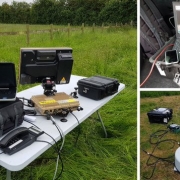 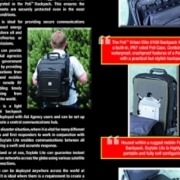 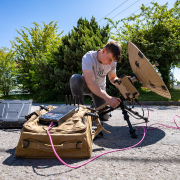 Tampa is a go! 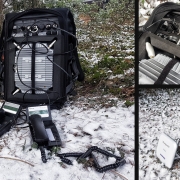