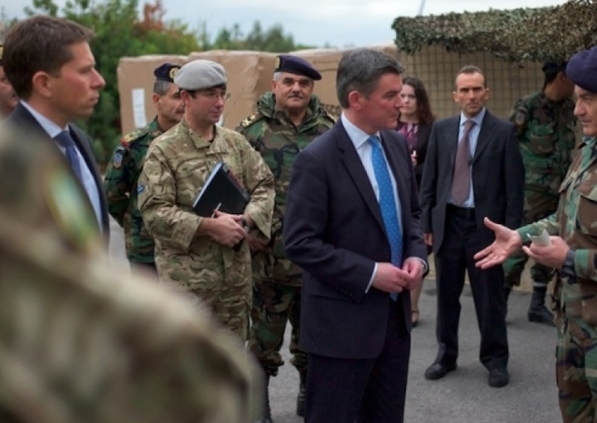 Last week the LAF Deputy Chief of Staff Plans Brigadier General Hitti and the UK Ambassador Tom Fletcher carried out radio checks for the communications phase 1 handover of the LAF HQ secure command network. As part of an overall £10m project to deliver communications equipment to the Lebanese Army, GRC successfully handed over two secure VHF and HF networks to the LAF.

GRC are proud of all personnel involved in delivering the project, in particular the men on the ground in the Lebanon, for completing the job on time and in a professional manner. Working up to 17 hours a day and in a dangerous environment they successfully completed phase 1 on the LAF communication roll out project – a outstanding achievement for GRC.

The work is not yet finished though, GRC are now planning phase 2 of the LAF communications roll out project, to finish this programme by the 31st of March 2015. May the success continue!