Inmarsat Global Xpress (GX) will soon be the first globally available Ka-Band satellite network. Delivering seamless high speed broadband connectivity on land, sea and in the air over their new I5 constellation of satellites.

Inmarsat-5 satellites operate with a combination of fixed narrow spot beams that enable Inmarsat to deliver higher speed through more compact terminals, plus steerable beams so additional capacity can be directed in real-time to where it’s needed.

The second Inmarsat-5 F2 launched on the 1st February 2015 and is currently making its way to its orbital position where it will undergo operational testing. I-5 F3 is on schedule to be launched later in the year completing the initial constellation and will deliver global connectivity.

GRC were the first company in the world to deploy a commercial GX terminal. Our valued knowledge in the industry has placed us in position to sell both Inmarsat GX airtime and hardware from all vendors for Land. We have also completed testing on our own Scytale products over Global Xpress with Arion to be completed by Q1 FY15.

Currently there are hardware options for both static and mobile which are both manual and auto acquiring. Data sheets can be provided on request.

Please contact us for further information on pricing of airtime and hardware. 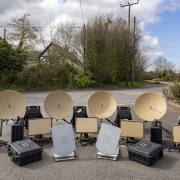 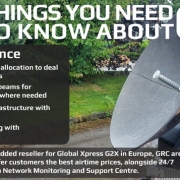 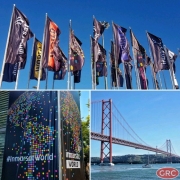 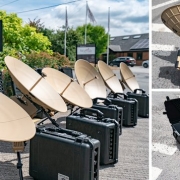 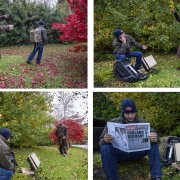 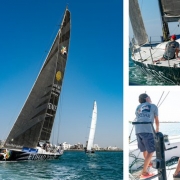